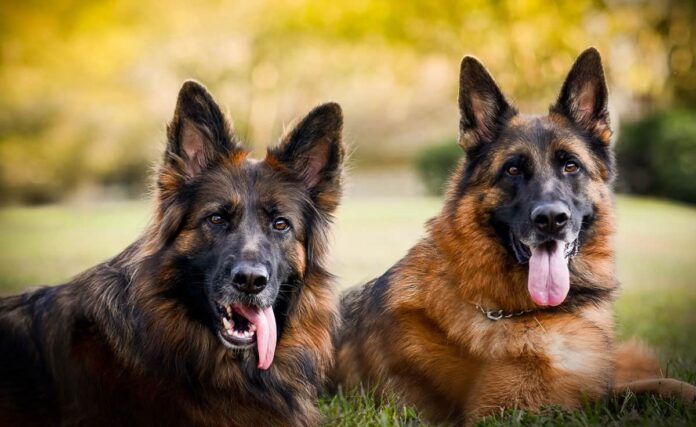 Dogs with Pink Noses: Black beautiful nose is a feature of beloved dogs and it is the most common color you see.

Just like different coat colors, your dog will also have different nasal tones. There are five main variations on the nose: liver (pink), dudley, butterfly as well as blue and black.

Genes directly affect the color of a dog’s nose, but pigment loss can also cause a change in color, resulting in a dudley nose.

Some dog breeds have a naturally pink nose, while some black-nosed dogs have a pale nose due to certain conditions:

As mentioned earlier, the default color of the dog’s nose is black. You saw dogs with pink noses. This ispink nose is usually due to two reasons.

They usually belong to the breed of dog that has the pink nose. It is caused by genetics and is passed down from their parents.

The dog has a black nose and it has changed color. This is due to the loss of pigmentation, often referred to as the dudley nose.

This is in contrast to the snow nose, which is a seasonal phenomenon in cold weather.

Dudley’s nose gradually turns light brown and pink when the dog is born with a dark black nose. In case of complete depigmentation, the nose turns pinkish white.

It should not be confused with an ice nose. This is a unique but common condition in which the dark pigment on the dog’s nose fades in winter and darkens again in spring and summer.

Loss of pigment is usually not dangerous. However, it does indicate an underlying problem that requires medical help. Consult your vet if you have problems.

There are a few reasons to lose pigment in a dog’s nose.

Ice nose. The dog’s nose is thought to be lighter in winter due to the breakdown of tyrosinase – a temperature-sensitive enzyme that causes melanin production. Melanin gives color to our hair, skin and eyes.

At the age of the dog. The enzyme tyrosinase, which produces melanin, also weakens with age.

Hence we often see a dog’s nose lose pigment and turn pink as he or she grows older.

Injury to the nose. An incision or abrasion on the nose will turn pink when it heals.

The result of infection. If the dog has a bacterial infection, it is expressed on the nose. Look for a light color along with an inflamed, crusty and unhealthy look.

If you notice these symptoms in your dog, consult a veterinarian for treatment to rule out any serious health conditions or if a problem is found.

Caused by allergies. Dogs can cause allergic reactions to the things they come in contact with. If this happens, your dog’s nose and surrounding area will look lighter and may feel inflamed or sore. Then, do some research to find out what your dog is allergic to.

Auto-immune disease is when the body attacks its own tissues. In the case of a purchased pink nose, the dog can usually turn a black nose pink because the cells that make up the melanin pigment are being destroyed.

Also Read: How much Exercise does a German Shepherd Need?

Over time, the nose gradually turns pink as the melanin cells gradually cease to have their normal black pigment. It is similar to the human condition vitiligo, in which the normal skin color slowly deteriorates.

The pink nose caused by cold weather is often found in the Siberian Husky and is called the Snow Nose. Some dogs are allergic to the chemical sometimes found in plastic food dishes.

This also causes the nose to lose pigment.

If dogs’ noses turn pink and they feel healthy it is probably not a problem. However, if your dog has an infection or allergies or has a runny nose, consult your vet.

False Pregnancy in Dogs, How to Tell if the female Dog is having a Phantom Pregnancy

How to Improve the Quality of Your Dog’s Sleep?

admin - April 18, 2020
0
Dog fever may be very common for the pet owners with aged dogs at their home because they might be experiencing...

Tips on How to Introduce Baby to a Hyper Dog

admin - December 29, 2020
0
Introduce baby to a hyper dog: It is said that a family is complete when the almighty bless them with a...

Are German Shepherds Dangerous Dog Breed? All You Need to Know About GSDs

How much Exercise does a German Shepherd Need?

admin - November 10, 2020
0
Before we discuss the German shepherd exercise needs let us look at some brief about the dog. The German Shepherd dog...

admin - April 16, 2021
0
Belgian Malinois German Shepherd Mix is the most confusing combination as this kind of mix carries the features of both the...

admin - April 2, 2021
0
Neurological Disorders in Dogs: Dogs have the same nervous systems as humans and experience trauma and degeneration of the brain, spinal...