Pale Gums in Dogs: The color of your dog’s gums tells a lot about their health and any changes may be a sign that something is wrong.

The color of healthy dog ​​gums varies from dog to dog, but they should usually be bubble-gum pink or salmon colored.

Some dogs have gums naturally, no need to worry. However, if your dog’s gum changes color it is a sign of something more serious.

Below is our ‘Dog Gum Color Chart’ which will give you hints as to the change in your dog’s gums, but keep in mind that only a test from the vet can determine the true cause and your dog needs urgent treatment.

So, always be careful and contact your vet immediately if you have any issues regarding your dog’s gum color.

The gums are one of the many structures in the mouth. Healthy, normal gums in dogs are pink or salmon colored. The gums are pink because there are very small blood vessels below the surface of the gums.

Healthy dog ​​gums are also shiny and moist, which indicates that your puppy is well hydrated.

There are common variations in the color of dog gum. For example, some dogs have gums, which means they have dark pigmented spots on the gums. It’s nothing to worry about.

As responsible adoptive parents, you already know about closely monitoring your pet’s health and behavior so that you can detect when something is not right.

Checking your dog’s gums should be included in this monitoring. Fortunately, this is easy and does not make your dog uncomfortable.

Gently lift the upper lip and pull the lower lip to notice your dog’s gum color, which should be pink or salmon-colored.

Next, gently touch your dog’s gums to see if they are moist. Slightly sticky or tangled gums indicate dehydration.

You can also do a capillary refill test, which is a quick way to assess hydration status and blood flow to the gums. Gently press your index finger to your dog’s gums and lift your finger back up.

The area you press is white from the pressure of your finger, then returns to normal pink color within 1-2 seconds, indicating adequate hydration and a quick refill of the blood vessels.

If more than 1-2 seconds have elapsed before your dog’s gums turn pink again, your dog may be dehydrated or have an underlying health problem that affects blood circulation.

Check your dog’s gums once or twice a month. However, it is a good idea to check your gums every time you brush your dog’s teeth, which should be a few times a week. Notice any change in the feel and form of the gum.

For dogs with gum disease, be aware that looking at the capillary refill test results and determining whether the gums have changed color is challenging.

Pale gums in dogs generally show shades from pale pink to white. Since pale gums are usually associated with a hydration or circulation problem, the gums can become sticky and lose their shiny appearance due to lack of moisture.

Causes of pale gums in dogs

Many health problems affect the circulation of dogs and lead to pale gums. Some common causes of pale gums are:

Anemia is the number of red blood cells (RBC). It is not a disease in itself, but an evolution of some other disease process.

Dogs suffering from anemia are often weak, tired, and have difficulty breathing.

They may also experience weight loss, have a faster heart rate to pull out more blood, and may have bloody noses.

Shock occurs after a traumatic event such as hitting a car that can cause significant external or internal bleeding. In dogs the circulation decreases, the blood vessels constrict and the gums become pale.

With a lower EPO, fewer RBCs are produced, eventually leading to pale gums.

The parasites are destroyed by feeding the dog blood and the dogs losing vital nutrients. Flies descend on the dog’s fur and eat the blood. Heavy flea infestation can cause significant damage to the blood, leading to pale gums. Symptoms of flea infestation include severe itching and constant scratching of the hair.

What to do if you observe pale gums in dogs?

If your dog has pale gums, take immediate action and consult your veterinarian immediately.

Pale gums in dogs are uncommon and always require further investigation by a veterinarian.

If your dog is seriously ill from shock or bloating, seek veterinary care from your veterinarian or emergency veterinary hospital immediately.

If your dog is in shock from a traumatic injury that has caused significant bleeding, you can first aid by covering the wound with a clean cloth.

However, your main aim is to get your dog treated as soon as possible.

The other causes of pale gums listed above are not necessarily life-threatening medical emergencies.

Your veterinarian will ask you a lot of questions when examining your dog to determine the cause of pale gums.

Be prepared with as much information as possible, including those listed below:

A detailed history will give your veterinarian more evidence of the underlying problem. After the physical exam, they will perform other diagnostic tests, including routine blood work, x-rays and blood clotting tests.

Once your veterinarian has identified the cause of your dog’s pale gums, follow their recommended treatment plan.

Treat the underlying cause for the gums to return to their normal healthy color and appearance.

Your veterinarian can quickly determine what is causing the pale gums so that your dog can be treated quickly and return to good health. 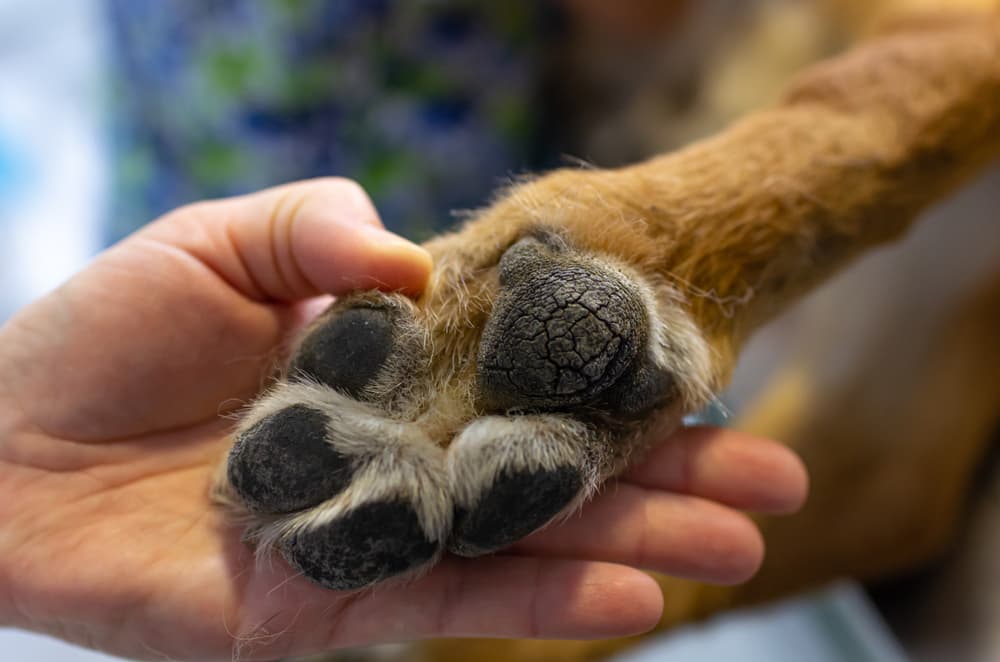 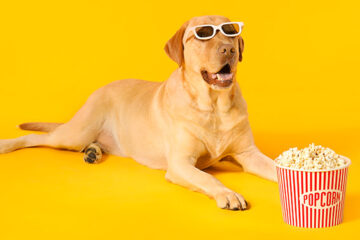 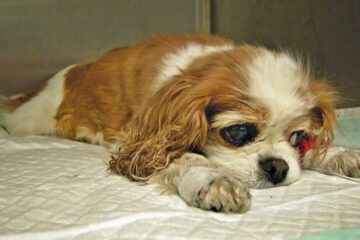