German Shepherd Tail: The Official German Shepherd Dog Club of America (GSDCA) and the American Kennel Club (AKC) describe this breed’s tail as follows: “Long, hanging low. Carried with a slight upward curve at the end, but not curled over the back.

The German Shepherd Dog has a well-groomed, natural appearance.

The correct tail is slightly longer than the height at the withers and it should be thick and tapering. It rests low and is never curled over the back nor excitedly switching side to side.

The tail is carried low and straightened, but never tightly curled over the back, more like a plume than a buggy whip.

A dog with a correctly functioning tail will hold it straight out or to the side when he is working or moving and will curl it between his legs when he is nervous or unsure of himself.

GSDs tail length is not too short, or too long. It’s supposed to be between 9 and 14 inches. This doesn’t mean that if your dog’s tail length falls outside of this range, it is deformed or has genetic problems.

A standard GSD tail length should be long enough that the tail end should reach the hock joint. It should be hanging with a slight curve like a cavalry sword when GSD is at rest.

The curve should be emphasized, and the tail should be raised when the dog is moving.

Sometimes, along with the breed traits, you’ll encounter GSDs that have tails of different lengths. A short GSD tail can grow long but will never become as long as an average GSD tail.

On the other hand, long tails can become shorter, but they’ll never become as short as an average GSD tail.

The tail is usually carried in a curve when the dog is at rest.

When the dog is excited or in an emotional state, the tail will sometimes be carried up in a curve or in an even higher position, like a plume.

An excited dog may also “wag” the tip of his tail (like a perky spaniel) even though it may not appear to move much.

The tail may be carried between the legs when the dog is nervous or is anticipating trouble.

GSD tails are not the only measure of their current sensibilities. Because it is genetically predisposed, it can also be preyed upon by many health-related problems.

Chronic inflammatory disease of the skin under the tail and around the anus, which is usually caused by an inefficient response of the immune system and genetics. But how GSDs carry their tail and thick coat around the anus is somewhat responsible. To prevent such a disease, fertility should only be between non-affected GSDs.

GSD is very difficult to treat for skin diseases on the tail. The tails usually do not have that much skin, so this area is prone to infection.

German Shepherd Hair loss is caused by allergies to the tail, itching, and chewing, which can eventually lead to infection if left untreated. Incisions and scratches or even a dog bite on the tail are all causes of infection.

Topical antibiotics look lovely for GSDs as they keep their wounds smiling. Oral antibiotics that provide the right dose are the best choice.

Limbtail Syndrome is also known as Acute Caudal Myopathy, Cold Tail, and Broken Tail. This is usually due to overwork, injuries, or spending too much time playing in cold water.

The tail muscles become swollen and painful within 24 hours after exposure to freezing cold water. Chronic confinement in narrow spaces can also trigger this syndrome.

The prognosis for the limber tail syndrome is good because it goes away on its own. Using a warm compress can reduce swelling and pain, but some veterinarians may prescribe painkillers.

Why do German Shepherds Chase Their Tail?

Puppies or adult dogs chasing their tails can be fun. They try to catch their tails and scream when they catch it. GSD is one of the many dog ​​breeds exposed to obsessive tail chasing. There are many factors that contribute to this behavior.

By simply analyzing the causes, employers can train their GSD to stop this behavior. Training them as a puppy is a good start. In adult GSDs, distraction can help.

Do German shepherds have curly tails?

A German Shepherd may have a tightly wound tail that wraps over the backside. It’s not that uncommon for GSDs to have tails that curl over the back, but it is usually a fault seen in other breeds. You can check out the official standard here.

Why does a German shepherd’s tail curl?

Curls are born, not made, so if your dog’s tail normally curls by nature, it could be a sign of mixed breeding. While the curl doesn’t always indicate cross-breeding, it can sometimes be indicative of genetic material from another breed.

When do German shepherd’s tails get bushy?

When do German shepherds’ tails get bushy? The normal German shepherd could take somewhere between 18 to 36 months to complete their growth and become fully mature.

The tail will continue to develop until the animal is two years old. However, the tail will start to change in appearance at around eight weeks.

Why is the bushy tail important for the German Shepherd Dog breed?

As the American Society for the Prevention of Cruelty to Animals (ASPCA) points out, the bushy tail is one of the most widely recognized features of GSDs.

The tail is so important that the German Shepherd, registered with the American Kennel Club (AKC), appears prominently on the official breed standard (performance and confirmation guidelines).

The official breed standard for GSD says what a German Shepherd’s dog tail looks like in adulthood. Here are the main points described in the racial standard:

Dog owners who want to show off their German shepherd at dog shows or confirmation competitions run the risk of being disqualified or points deducted if they do not meet each performance guideline of their dog breed standard. 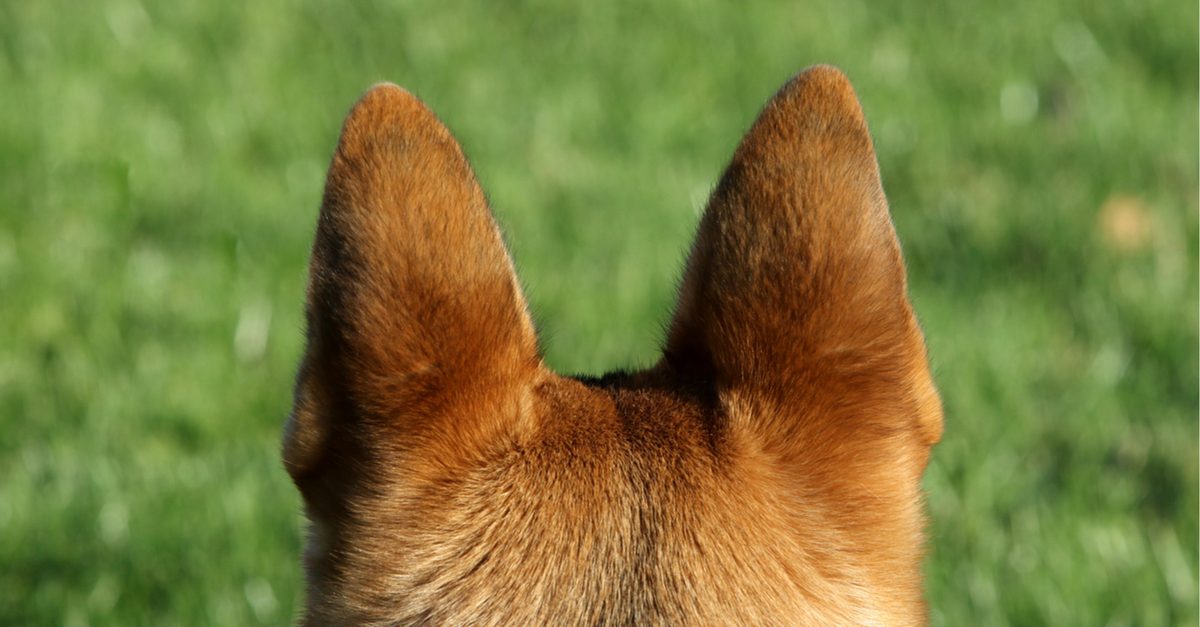 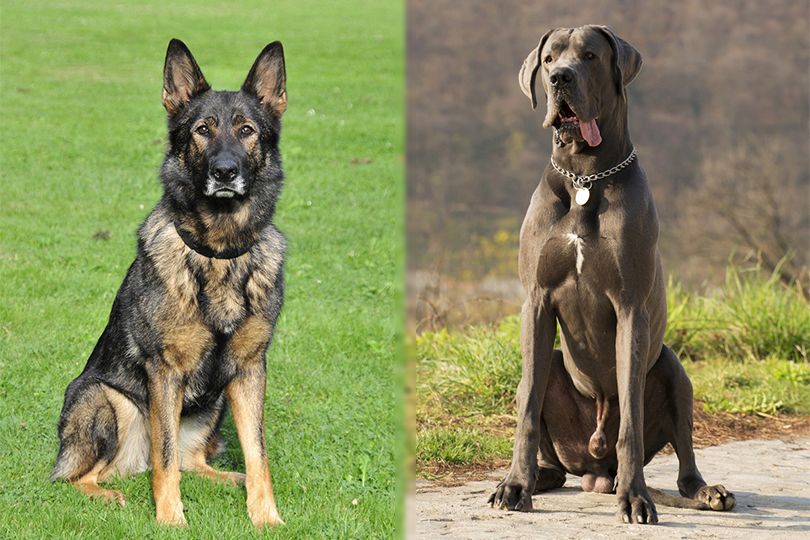