A mother’s response to a reunion with her lost child – found by Kosse, a German Shepherd rescue dog – is to comfort both with kisses and hugs.

Nearly half a million dog lovers across the country have voted Kosse as one of three semifinalists for the American Human Hero Dog Prize in the Search and Rescue category. Other categories include therapy dogs; Service dogs; Military dogs; Law Enforcement Dogs; Shelter dogs; And Guide / Hearing Dogs.

Kusse and Speegle live in Sheffield, Alabama and are the only dog ​​to represent Yellowhammer State. Supporters can vote for Kosse once a day until July 16th.

Speegle got Kosse as a puppy and began training her at the age of one. Kosse’s natural ability to find people made her a winner in the national competition this fall, culminating in a gala and two-hour special on the Hallmark Channel.

“Kosse is a beautiful dog, and she loves to help find missing people,” said Spiegel, state coordinator for the Community United Effort Center for Missing Persons and volunteer firefighters for the Spring Valley and White Oak Volunteer Fire Departments. “Her mother is a German Shepherd from the Czech Republic and her father is a second-generation explosive dog from Fort Hood, Texas.”

Spiegel trained with the Federal Emergency Management Association, and he and Kosse completed several search and rescue classes.

“I took advanced building search classes through detection services, and I had boat training to locate bodies in the water,” Spiegel said.

He is accustomed to receiving calls for help from Colbert County Sheriff Frank Williamson. On March 4, Spiegel and Kosse were summoned to work on search and reconnaissance efforts in Cookeville, Tennessee, when a powerful EF4 tornado devastated the town early in the morning. Cookville is the county seat of Putnam County, 79 miles east of Nashville.

“There’s a bomb going off,” he said. “We’re there until the last person is counted – it’s not as pretty as you think.” Despite their round-the-clock search on March 4-6, Kosse and Spiegel survived the missing 27.

I say, “I’ll show you,” and she’ll come back to me and lead me to the guy, “he said.” When she finds one, she’ll get her purple kang wubba, her favorite toy in the whole world. “

“The new idea is that you don’t want the dog to scream and scare someone, so she’s trained to find them, and depending on the distance, she’ll come back to me and let me know she’s found them,” he said.

Spiegel uses a handheld detection module connected to Kosse’s GPS-monitor caller, which can track her for up to 9 miles.

“Occasionally, with small children, the puppy will not leave,” he said. “It just lies down and matters, so we can still track where the dog is.

“She finds the scent article,” Spiegel said. “Kosse finds someone who uses a fragrance article – for example a sock, hat or shirt.

“Kosse does work- or off-lead,” he said. “If you lose someone in a national forest, she can use that scent to find them.”

Kosse recently assisted in the search for a 20-year-old marathon runner from Colbert County near Muscle Shoals, Alabama, whose family reported him missing.

“He ran it in the evening and it broke through the night,” Spiegel said. “We tracked him from 200 to 300 yards, but Kosse lost his scent because of the rain. But she helped law enforcement go in the right direction to find him.”

Using the video, the sheriff tracked the man’s run. The marathoner was caught in the storm and took shelter in the fieldhouse at Muscle Shoals High School overnight. He picked up a phone the next morning to call his parents.

Honoring the past in the LaGrange Cemetery

Colbert County Commissioner Darol Bendall asked Spiegel to identify unidentified historic graves at the historic LaGrange Cemetery in Leighton, Alabama. He and Kosse volunteered over the weekend in April.

“Heirs want to know where they are – it’s tough terrain,” said Spiegel, who helped other members of the LaGrange Living History Association. “There are probably 100 unmarked graves, some of which date back to 1815.”

This project is an excellent training opportunity. There are nine graves lost by Spiegel, Kosse and his other dogs. Over the years, headstones to a man and his wife dating back to the 1800s have been moved about 50 yards from their resting place. Volunteers reset the headstones correctly. Other graves were found outside the cemetery.

“My cadaver dog found an unmarked grave in the woods,” he said.

At work, a volunteer child was missing.

“This little 6-year-old girl spins 200 to 300 yards,” Spiegel said. “Kosse found her behind the cemetery, at the wood line. It’s a little scary for all of us.”

“There is no happy ending in Tennessee, but it’s good to find a little girl,” he said. “Kosse is at the beginning of her career. I believe she will serve her community well. 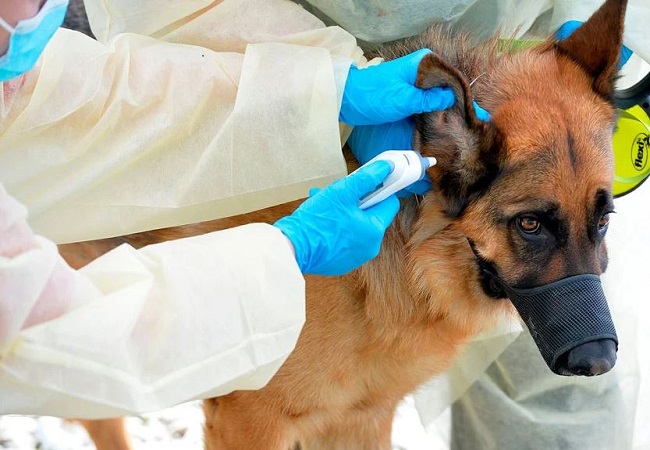